Like many of you, we’ve been spending more time in our own backyards in recent months. As the days warmed up, we pulled out our grills and have been experimenting with more robust pairings with different wines from our collection.

From spice rubs to day-of preparation, we’ve put together some sure-to-impress backyard recipes and complementary wines to add to your collection this summer. Click here to watch the grill-off and explore the recipes that took home the glory. 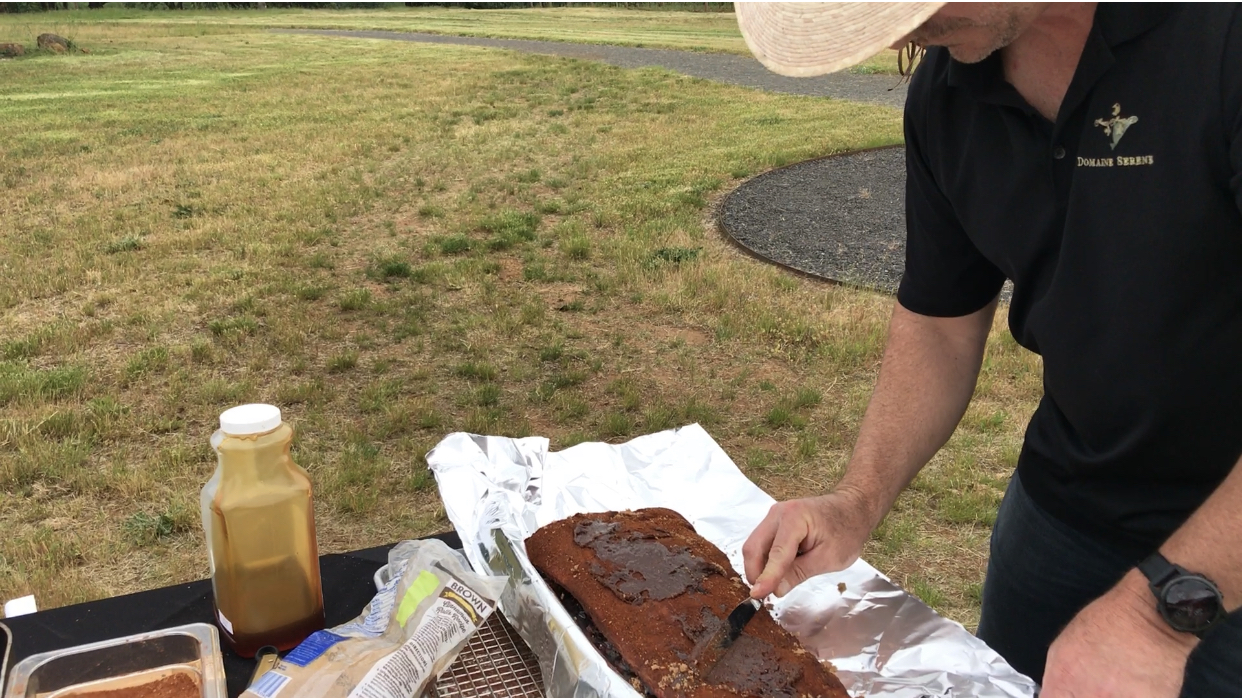 • Remove the thin silver skin membrane from the bone-side of the ribs with a butter knife.
• Season both sides of the ribs with our Winery Hill Spice Rub (recipe below) or your preferred rub.
• Set Traeger temperature to 180℉ and preheat with the lid closed for fifteeen minutes.
• Smoke the ribs for three hours. Move the ribs to a baking sheet. Increase the grill temperature to 225℉ and allow to heat up with lid closed.
• For each rack of ribs: Separate four long sheets of heavy-duty aluminum foil and set the ribs on them. Dust with brown sugar to taste, and then then drizzle liberally with honey. Around the base of the racks, lightly sprinkle a high-acid white wine such as Evenstad Reserve Chardonnay or one of our white Burgundies. Tightly wrap the ribs with the foil – you’ll want this to be as air-tight as possible to steam the ribs throughout.
• Return the foiled ribs to the grill, meat side down and cook for two more hours.
• After two hours, remove the foil from the ribs and brush the ribs on both sides with your preferred BBQ sauce. See video for Ryan's secret sauce (hint - there's Domaine Serene wine involved). Remove the foil and grill directly on the grate, about 30 minutes to 45 minutes.
• Let the ribs rest before serving and then slice each rib perpendicular to the bone at the softest spot. 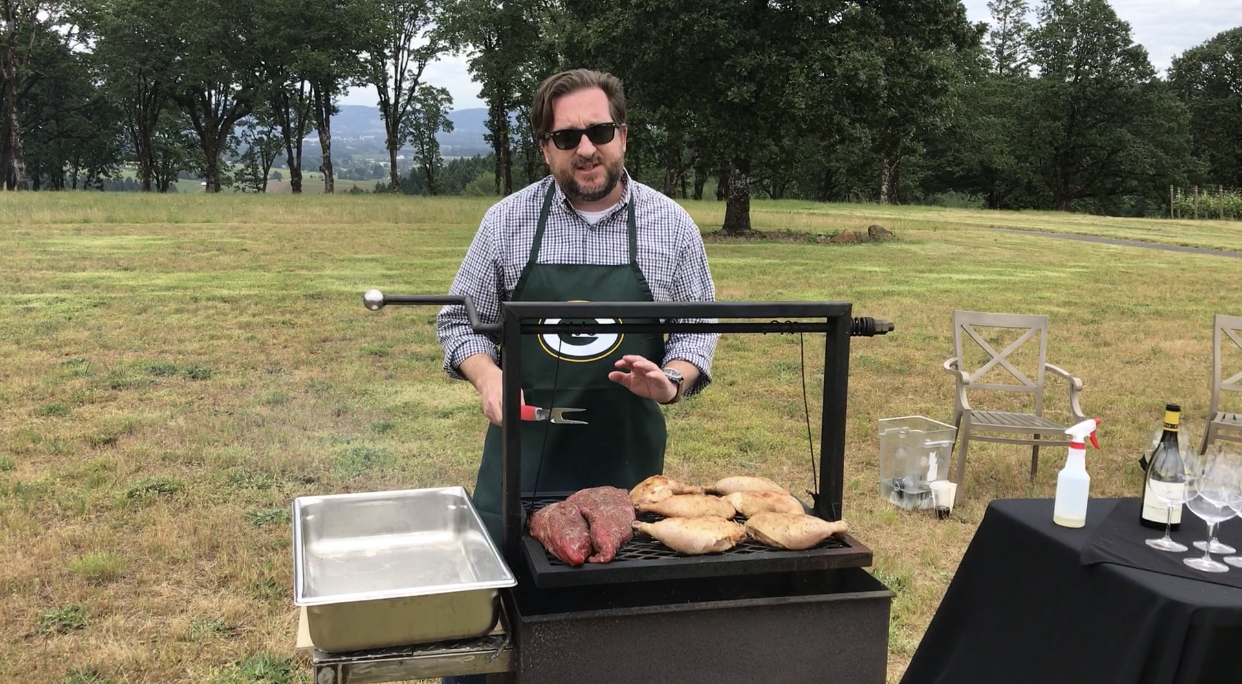 • Rub your prepared Chardonnay Spice seasoning into the meat and let stand at room temperature for 30 minutes before grilling.
• Prepare your grill for direct and indirect medium-high heat. Add red oak chips 30 minutes before you begin grilling. If using oak firewood it will take about an hour to an hour and a half to get it to the right temperature.
• Set your tri-tip over the direct heat, fattiest-side up, and sear about 10 minutes, or until browned. Flip the meat over and sear the other side the same way.
• Move your tri-tip to the indirect-heat. Cook uncovered until a thermometer reads 130℉ in the thickest area of the meat.
• Take the tri-tip off the grill and move to a cutting board. Let the meat rest for 15 minutes. Slice the meat against the grain to serve.

• Rinse and dry chicken, then cut ½ inch thick pads of butter and place underneath chicken skins
• Add Chardonnay or beer to a spray bottle
• Generously sprinkle both sides of the chicken with Chardonnay Spice
• Place chicken on the grill bone side down. Let it cook over medium heat for about 15 minutes or until the skin starts to get golden brown.
• Flip over the chicken and start spraying heavily. The idea is to dry out the meat when you are cooking it boneside down and rehydrate with the Chardonnay/beer baste. Cook until 165℉ internal temperature, flipping frequently and spraying the entire time.

• Combine all ingredients in a large bowl and toss until well mixed.
• Cover and refrigerate for at least an hour to blend the flavors. Add more salt, pepper or garlic to the mix as necessary for taste. 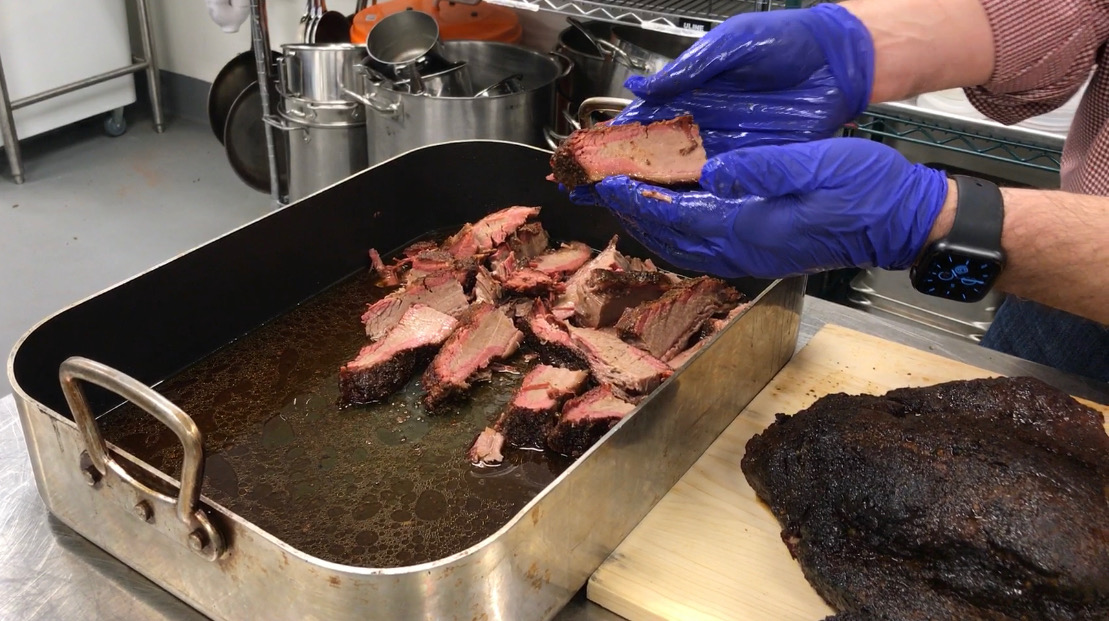