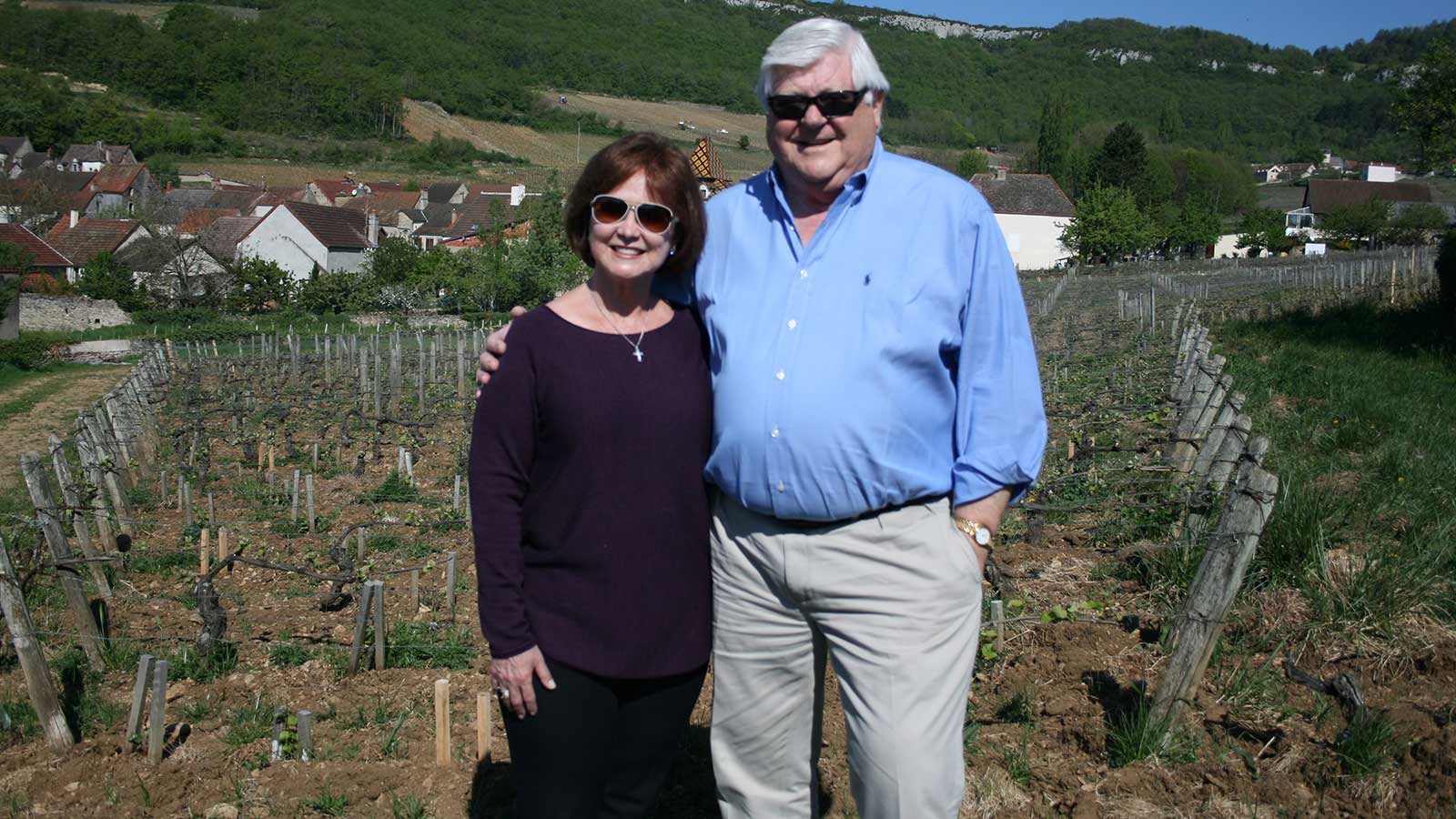 Burgundy vintners have been buying vineyards in Oregon over the past 25 years, but now Ken and Grace Evenstad of Domaine Serene in Oregon have flipped the trend. Wine Spectator has learned that the couple has purchased Château de la Crée, based in Santenay in the Côte d’Or.

“We decided to buy [in Burgundy] for the love of the region, but we think it’s a good investment too,” Grace Evenstad told Wine Spectator. “Our first wine we fell in love with was Burgundy, back in the late 1960s. Our first wine trip was to Burgundy.”

In 2004, Château de la Crée was acquired by television and theater director Nicolas Ryhiner and his wife, Beatrice, an interior designer. The Swiss couple renovated the rundown château and expanded the vineyard holdings from 3.7 acres adjacent to the château to the current land. After 10 years of investments and improvements, Ryhiner felt he couldn’t take the domaine to the next level. When he met the Evenstads and researched what they had accomplished at Domaine Serene, he knew they could realize his domaine’s potential and agreed to sell to them.

The Evenstads felt the domaine was a natural fit with their approach. The vineyards are farmed sustainably, just like their Oregon land, and the Evenstads liked the design of the Château de la Crée winery and the current vineyard and winemaking team.

The Evenstads have a global distribution network in place that will focus on the United States and Asia, but the couple plans to keep La Crée's strong clientele of French restaurants. The La Crée team will remain in place, overseen by Domaine Serene president Ryan Harris. Ryhiner will stay on for a year through the transition.

Château de la Crée has a venerable history in Burgundy. In the 1400s, it belonged to Nicolas Rolin, chancellor of Philippe III, duke of Burgundy. Rolin founded the Hospices de Beaune in 1443 with his wife, Guigone de Salins.

Domaine Serene was founded in 1989, when the Evenstads moved from Minnesota and bought 42 acres in the Dundee Hills of Oregon’s Willamette Valley. Today, the estate consists of 700 acres, 240 of which are planted with vines. According to Grace, with the purchase of Château de la Crée, the couple is looking for synergy between Burgundy and Oregon and personal fulfillment of a longtime goal.