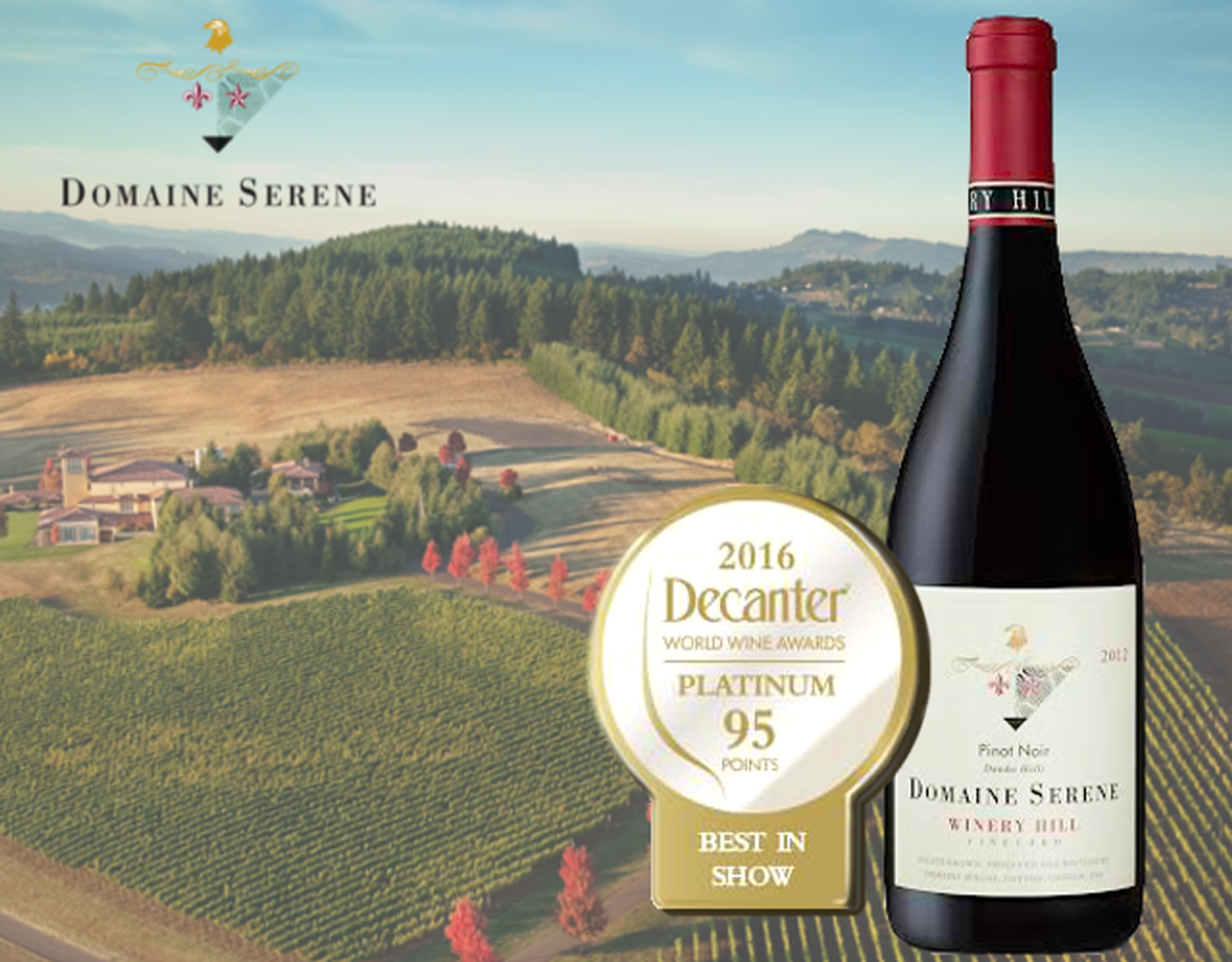 Domaine Serene scooped one of only 31 platinum ‘best in show’ medals at this year’s Decanter World Wine Awards (DWWA).

Serene’s Winery Hill Vineyard 2012, from the Dundee Hills area of Oregon, topped one grand cru and two premier cru Burgundy wines from the 2014 and 2013 vintages in the category for Pinot Noir over £15.

Serene is far from an unknown quantity to serious wine lovers, but it was a somewhat fitting victory in a year that marks the 40th anniversary of the Judgement of Paris; a seminal moment in US wine history, albeit involving only California.

Serene’s win is another accolade for Oregon, which has risen to acclaim among international wine critics in the last two decades.

There are nearly 700 wineries in a state where Richard Sommer planted the first vinifera grapes in the post-Prohibition era in 1961.

‘It wasn’t the case when we arrived – people were having a good time, but many didn’t believe that Oregon was a fabulous place to grow Pinot.’

‘We went to New York. They asked: where’s Oregon?’

Outside of Oregon, Evenstad tells of a particularly chastening experience during a visit to New York; a city that retains a strong affection for European wines.

‘When we started, we were told we wouldn’t be able to sell out wine outside of the state,’ Evenstad said.

But, the Evenstads kept the faith. ‘We knew Burgundy so well. When we started with our wines, we knew we had something similar.’

There were never meant to be vines here. The Evenstads originally purchased the site in 1998 from Laurent-Perrier and wanted to build a winery.

‘Then we were told we’d have to plant six hectares of vines on the property [to meet local regulations]. We’d never thought of planting at 900 feet above sea level before. Now we’ve got 24 acres of Pinot, plus some Chardonnay.’

It won’t be easy.

Domaine Serene only made around 340 cases of its Winery Hill Vineyard 2012 Pinot Noir, priced at around $90-a-bottle, and there are 2,000 members in its private wine club.

‘We’ll just have to make more,’ said Evenstad, who nevertheless returned to Old World passions to celebrate the DWWA medal win. ‘We opened a bottle of Champagne when we found out,’ she said.